As the world scrambles to stay safe and stop the spread of COVID-19, this latest World Happiness Report reminds us that happiness can be contagious too.

The recent report, which is the eighth to focus on global happiness, has a special focus on the environment and the role it plays in maintaining our moods and quality of life. The study found that the happiest people and societies are ones whose social needs, among others, are met. This could be things like having someone to count on, having a sense of freedom to make key life decisions, generosity, and trust. The five Nordic countries – Finland, Denmark, Norway, Sweden, and Iceland – have all been in the top ten, and have occupied the top three spots in 2017, 2018, and 2019. Huge social contributors to this include the state of democracy and political rights, lack of corruption, trust between citizens, perceived safety, social cohesion, gender equality and equal distribution of incomes.

The state of the environment and one’s proximity and access to natural spaces is also very important, and the study took into account closeness to rivers, lakes, canals and green spaces, air quality and noise levels, and weather conditions. Having parks nearby, trees in the streets and the ability to do activities such as walking, other sports and gardening was also quite important, especially in cities.

Weather was found to have an effect on emotional state, with better moods in sunshine, clear skies, light winds, and warm temperatures. It also found that moods improved when outdoors compared to indoors, and were worse at work.

Here are the top 10 happiest countries in the world:

Finland has no shortage of beautiful natural spaces and wonders. It has thousands of lakes and islands, earning it the nickname the ‘Land of the Thousand Lakes’.

Aarhus is one of Denmark’s happiest cities and has incredible architectural wonders and a beautiful coastline for beach walks.

Switzerland ranks high among the world’s ‘most liveable cities’ for its inhabitants’ quality of life.

Iceland is renowned for generating energy from its many natural geothermal springs, which aren’t bad to indulge in either!

Happy tummies mean happier people, we reckon, and Norway not only has an abundance of salmon but one of its chocolate factories, Freia, inspired the magically yummy book, Charlie and the Chocolate Factory by Norseman Roald Dahl.

In the last decade, the bike-loving nation it’s consistently been ranked among the highest in the happiest countries in the world.

Sweden’s innumerable wildlife attractions and natural landscapes are well worth travelling for and locals are in no shortage of places to escape.

All Kiwis can enjoy easy access to the country’s beaches, and it’s calculated that no part of the country is more than an hour-and-a-half away from the sea (as the crow flies).

They all seem to live happily ever after in Austria, where there’s no shortage of castles and palaces to marvel at – straight out of a fairytale!

Despite the high cost of living, it may be worth it in a country with ‘champagne taste’ – Luxembourg famously world-renowned, award-winning wines, with bubbly created in a similar way to the French Champagne method.

Canada, Australia and the United Kingdom are the runners up to the coveted top-10 spots, just missing the mark. 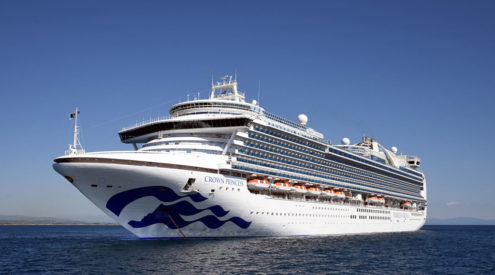 Cruise ships to be used as hospitals for non-Covid-19

Carnival Corporation has said that it will make its ships available to hospital patients who... read more
PREV ARTICLE
NEXT ARTICLE