Australia’s Great Barrier Reef has endured another mass bleaching event for the third time in five years. Warmer sea temperatures in the summer months, especially in February, were recorded and are believed to be the source of the devastating coral loss.

The Great Barrier Reef is the world’s largest reef system. It spans over 2,300 km and has been declared a World Heritage Site due to it’s ‘enormous scientific and intrinsic importance’. In 2016 and 2017, two-thirds of the reef was damaged as a result of mass bleaching.

Scientists discovered the widespread bleaching, where large patches were severely damaged, according to the BBC. Some healthy areas, however, were also identified.

Ariel surveillance conducted by the Great Barrier Reef Marine Park Authority said that the bleaching varied in areas across the reef but that the devastation is far worse than in previous events.

Also read: World’s coral reefs could be gone in 80 years

Chief scientist David Wachenfeld spoke to the BBC and said: ‘The reef had only just begun recovering from impacts in 2016 and 2017 and now we have a third event. Climate change is making the extreme events that drive those impacts both more severe and more frequent, so the damage in an event is worse.

‘We need to take these events as global calls for the strongest possible action in climate change’.

It’s been a shitty, exhausting day on the #GreatBarrierReef.

I feel like an art lover wandering through the Louvre….as it burns to the ground. pic.twitter.com/I0Mx7epLCe 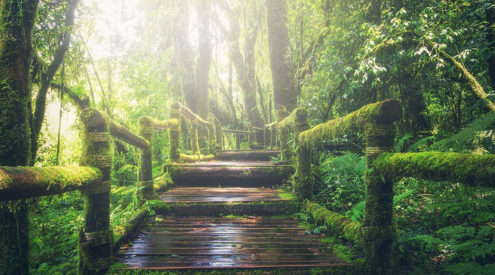