In this issue of Getaway, we’re gearing up for spring, as are the Springbucks who’ll battle it out against the best of world in the Rugby World Cup in Japan from 20 September.

This month, Justin Fox reflects on his own recent nine-day trek through Japanese forests, picking up on the latest travel trends that are good for body and the soul. John Maytham returns to Central Africa to experience a Big Five luxury safari in Rwanda, Alison Westwood goes rock-hopping in the Oorlogskloof Nature Reserve in Nieuwoudtville, and Christi Nortier gets to know the humble wine region of the Cape’s Breedekloof Valley. For our international story, we follow Pippa de Bruyn through the samba city of Rio de Janeiro, and wild desert horses couldn’t drag Teagan Cunniffe away from the Namib-Naukluft, where she encounters the equine wildlife in crisis.

Next month, look out for our new-look, revamped and redesigned Getaway! The fourth-largest island in the world is famous for its unique creatures and breathtaking scenery. Dale Morris found the humans interesting too. When you think of game reserves in the Eastern Cape, Addo probably comes to mind first. But there’s way more to this biodiverse province than elephants. We set out to find the lesser-known parks where wildlife lovers get their fix. The giant trevally holds a much-revered place in South African saltwater fly-fishing lore. Just as getting to the far-flung Maputaland lairs of this elusive fish was a mission improbable. In the face of drought and predation, Namibia’s population of wild desert horses has dwindled to crisis point. A decision had to be made to ensure both their survival and that of the tourism industry which relies on them. Justin Fox gets lost in the leafy embrace of forests

Meet this month’s experts and adventurers

Life has taken a few twists and turns for Susan Hayden

Our favourite letters and messages from our readers this month

Wish you were here

A lakeside camp in Rwanda

The top events this month

Caribbean in the Cape

Rock pianos in the Karoo

Five images out of Africa from our readers

Fresh air and fair views at these countryside idylls

This little-known wine valley cast a spell on Christi Nortier

Send us your photos

Win a trip to Bazaruto Island and camera gear, worth over R100,000

In our April, bumper cruising issue, we cover four incredible cruises around the world, with... read more 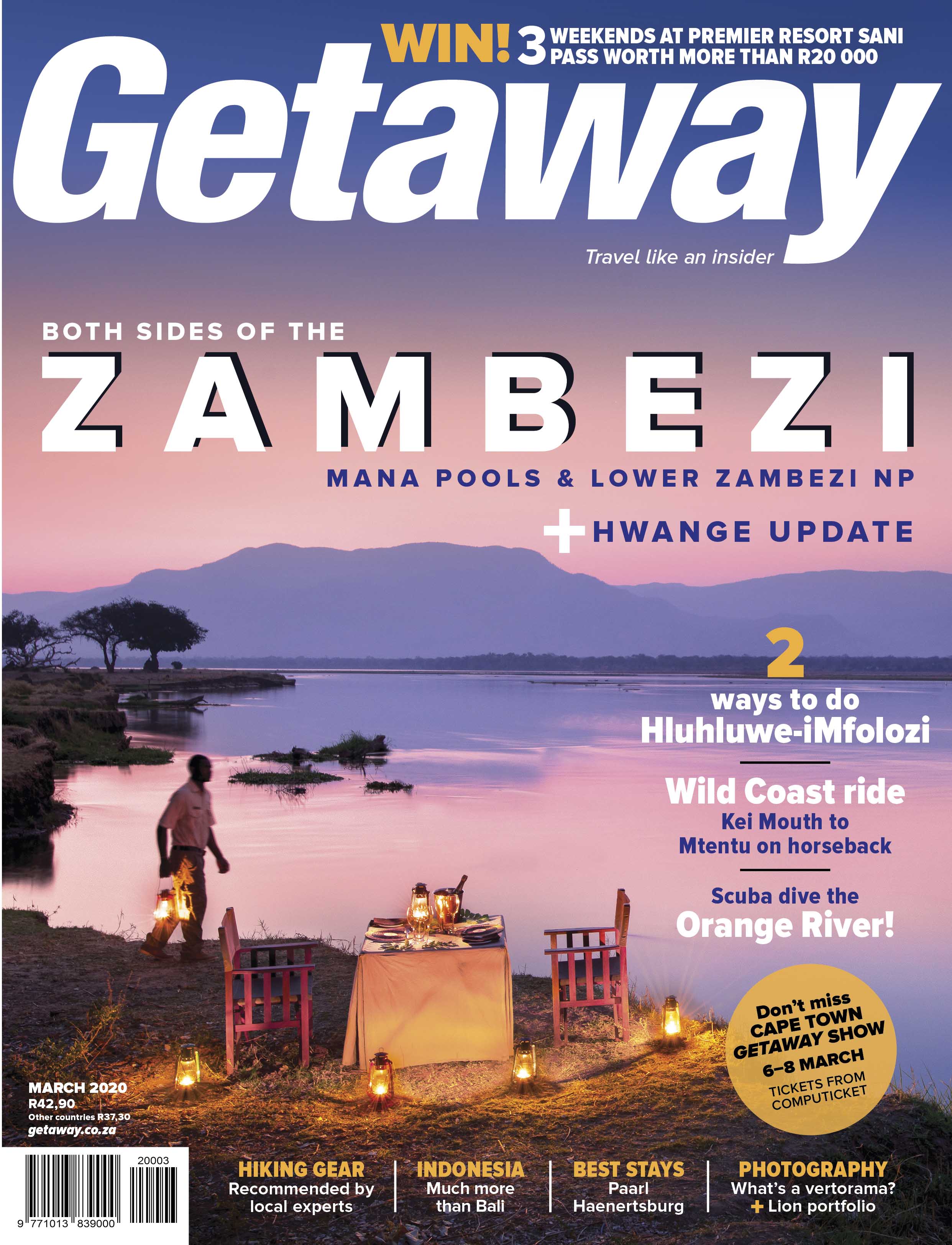 This month we bring you 10 of the best tried-and-tested Drakensberg campsites, try out two... read more
PREV ARTICLE
NEXT ARTICLE