As more people gain access to travel and social media is littered with the same destinations, it might feel like there are no new places to explore anymore. If you’re feeling a bit tired of the usual scene, take a tip from urban explorers and get way off the beaten path.

Urban exploration (Urbex) is the exploration of manmade structures, usually abandoned ruins or hidden components of the manmade environment. It could be a little dangerous, as the buildings are often filled with rubble or their structures are unsound, but offer incredible insight into eerie worlds we have left behind.

Urbex is sometimes on the wrong side of the law, as buildings might be on private property or explicitly labelled with no entry, so be careful when choosing a place to search. It’s not worth going to jail for a little bit of fun.

Here are some places loved by urban explorers:

One of the easiest to get to, the abandoned Groote Schuur Zoo is just next to the current University of Cape Town. Cecil John Rhodes built the zoo in the 1890s but it shut down in the 70s and was reclaimed by nature. Now covered by moss and spray paint, it is an interesting reflection of the city’s abandoned colonial past.

Japan is littered with abandoned amusement parks which were built during the years of economic prosperity. These ruins, called haikyo in Japanese, are in varying states of disrepair. From the Western Village with creepy animatronic dolls decaying to the Niigata Russian Village which appears to have been abandoned in a rush, there is no shortage of diverse parks to explore.

You’ll have to hurry if you’re wanting to see this ‘haunted’ hospital as it’s been demarcated as part of a six-hospital renovation plan. Filled with graffiti and abandoned equipment, the Kempton Park Hospital will give anyone who enters the creeps. The hospital closed its doors in 1996, leaving behind medical records, empty beds and even possible body parts. This location is definitely not for the faint-hearted.

This abandoned fishing village is just off of Shanghai. Most of the villagers moved to the mainland in the 1990s and this has left the town to become overgrown, reclaimed by vegetation and ivy.

Have you ever thought about what happens to airplanes once they are decommissioned? In some cases, they are broken down for parts but in others, like in Lanseria, they are dumped in an ‘airplane’ graveyard. You can get right into the planes, with the biggest being a Trans Air Congo Boeing 727. Sit in the pilot’s seat and imagine what it would be like to fly, or stand on the wing and see how big an engine really is.

This well-known abandoned town has been slowly sinking under the sand that has engulfed it for years. The old German-style houses can still be entered, though the rooms are a lot smaller since sand had almost filled them. The diamond mining town flourished until better mining spots were discovered away from the sandy, windy coast. Wind is a major factor when visiting this site, which can make it unpleasant especially since it’s a bit of a drive off-route to get there.

Uyini in Bolivia may be known for its salt flats but it is also home to an abandoned train graveyard. While some might prefer to ride in refurbished antique trains, those with more adventure in mind might like to visit these rusting beauties. After the mineral mining ran dry in the area, the train equipment used to ferry the extracted minerals were left as the people moved on.

The Vredehoek Quarry, really called the Murray and Stewart Quarry, is accessed through a dingy tunnel that is in serious need of repair. On the other side is the peaceful quarry which is cut out of the side of the mountain. There is a big pond which has some fish and graffiti lines the lower walks surrounding the pool. It’s not entirely ‘urban’ but is a great area to explore.

This abandoned Nazi hospital has a horrific history, experiencing some of the worst of human nature. It began its life as a tuberculosis sanatorium, then treated mustard gas and machine-gun victims in World War I, including Adolf Hitler. It then became a treatment center for Nazi soldiers and eventually a Soviet military hospital. Not completely abandoned, some of the wards are used as rehabilitation centres but the surgery and psychiatric wards have been left untouched.

What is it with amusements parks and being abandoned? It might be because they are not the easiest venture to run but they do make for fascinating abandoned curiosities. Macassar Water Park was opened in 1991 but closed with the slides and buildings being filled with sand. Whipped by the South-Easter this park offers many areas to search and explore.

Want to stay in Johannesburg for your urban exploration trip? Find accommodation with Afristay 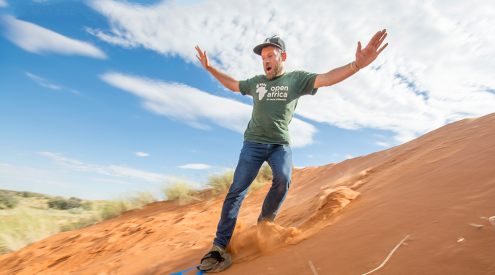 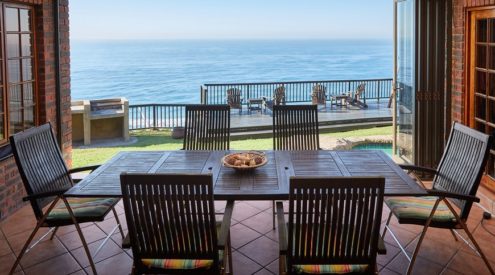 The east coast is our very own tropical paradise with warm waters and laid-back vibes.... read more 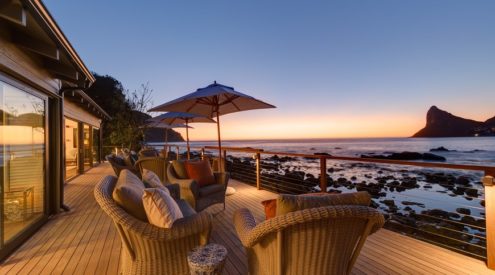 Cape Town, or the Mother City as it is fondly known, is a place where... read more
PREV ARTICLE
NEXT ARTICLE 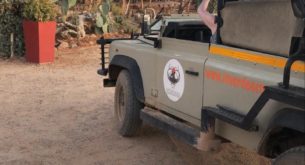