Tested: lights worth having

The outdoor lighting game is evolving. Solar is getting better, and there are colour-changing, phone-charging and motion-activated options to add to your collection, writes Gear Editor Matthew Sterne. This magic little Luci Color Solar Light inflates to the size of a small paint-tin and can produce eight different colours (choose from red, green, blue, purple, yellow, cyan, orange and white, or set it to change automatically between them). The lantern deflates to a small size (similar to a thick paint-tin lid) and weighs just 125g, so it’s a perfect little hiking lamp – the green, yellow and white colours provide enough light to eat by. The battery lasts for six hours on a single charge but takes seven hours to recharge via direct sunlight, which could be an issue on cloudy days. But with its sparkle coating and cool factor, it’s easy to love this kaleidoscopic lantern. Meet the queen of fairy lights. Yes, the Luci Solar String Lights cost a fair wallop more than the common variety, but for those who like to jazz up their campsite, these will be a joy to have on hand. They roll up compactly into a neat unit so should never tangle, and come with 20 warm-white LEDs (a total of 100 lumens) on a 5,5m cord. The lights have three brightness settings, can last up to 20 hours on the lowest setting, and take 16 hours to charge in direct sunlight or eight hours via USB. The Malkin L1000R Flashlight fits in the hand nicely and is not too heavy (164g) to carry in the hip-belt pouch it comes in. With a decent 135m beam, it’s a useful light to have around camp or in the hands of an assistant braaimaster. There are four brightness options (1000, 500, 100 and 80 lumens) – I liked that it switches on at the brightest setting. It’s rechargeable via USB, can burn for 20 hours at a go and a charging-indicator light shows its power level. Like dung beetles and Greta Thunberg, this light is small but powerful. Tinier than my pinky,
the Olight i1R EOS weighs just 12g but can cast a light over 54m. It charges through a micro-USB port and switches between modes (5 or 130 lumens) with a simple twist of the light head. This makes it ideal for illuminating the way to your car or the ablution block at night, and easier than using a phone to find something like that missing sock in your tent.

For The Young ’uns The notable feature of this Life+Gear Rechargeable Headlamp is that it has a motion-activated sensor that turns the light on and off. After much debate in the office, I’m still not sure how necessary this hands-free feature is, but boy is it fun to play with – a bit like having magical powers. With both area and spot modes (and a 120-lumen beam), it runs for eight hours, has a USB-rechargeable battery and comes in at a nice price, too. This small Black Diamond ReVolt Headlamp can dole out a whopping 300 lumens and has more settings than a Russian war novel. Two white LEDs and the red LED (used for night vision) have strobe settings and can dim. When the two white lights combine they create an 80-metre beam. This fully waterproof lamp also remembers your settings and switches on according to your preferences. It can run for 25 hours on high, and a three-level power meter means you won’t be surprised by flat batteries, which are either standard AAA or rechargeable ones (included). A little bit bigger than a Tic Tac box, the Black Diamond Zip Lantern doubles up as a very compact torch (the torch is on the bottom of the lantern as it’s pictured here). It’s bright enough to play cards or read by (150 lumens) and quickly transforms into a torch (90 lumens) for restocking missions or when nature calls. A simple collapsible hook on top makes it easy to hang from a branch or tent pole, as it weighs just 103g (with four AAA batteries). Whereas the Luci Colour light (previous page) is useful for mood lighting, the Luci Pro Series (also inflatable) is a little more practical. It’s much brighter (150 lumens), with four different settings – one of which is a strobe – and has a two-way USB charger, so it can also charge your phone. The light can last 50 hours on its lowest setting, and takes 14 hours to recharge via solar or three hours via USB. The UltraTec Silicone Solar Lantern, which comes in blue, pink, green, yellow or white, is a step up from the glass-jar ones and would be a great addition to a campsite or even a patio. It’s made of a soft, squishy silicone and thermoplastic polymer, which can be folded for storing or transporting. It’s pretty much unbreakable, so kids can be set loose with it. It shines for up to five hours at its brightest and 12 hours on its lesser setting, and can be charged via a USB or the sun. Plus, the solar panel and light fixture can screw off from the lantern body, turning it into a handy storage unit for valuables such as keys or phones. 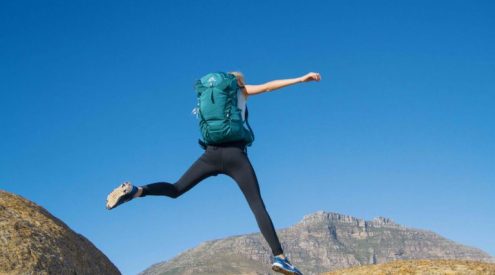 7 coffee gear essentials for the outdoors

Gear Editor Matthew Sterne looks at ways to boost your roasting game in the outdoors.... read more
NEXT ARTICLE