Ambling along the board-walk on the Heron Trail, a rustle from below revealed a tortoise peering at our party of three. We had meant to tackle one of the reserve’s longer hikes (Rooikat, Boesmanskloof, Genadendal) or the MTB trail, but the November heat had barely subsided from its 41°C peak. So we searched instead for Vrolijkheid’s mascot, the Roberston dwarf chameleon, and when it proved elusive, we sought the shade of the bird hides at the upper dam, spying herons and preening plovers. In need of a mini break from the city, Vrolijkheid offered us rugged landscapes, untouched and fragrant Karoo fynbos amid the Breede Valley winelands, and a choice of five newly renovated cottages.

The lofty, thatched roof of Luiperd was a welcome respite from the heat and, ignoring the tennis rackets, mini-golf putters and sleeve of balls provided, we went for a dip in the pool at the communal braai area where there’s also a putt-putt course and tennis court. Back at our cottage, I tended the braai while contemplating the acacia, guarri and karee trees opposite my spot on the elevated porch. Our neighbours next door at Ichelesi had a better view of the Langeberg as well as their own pool, but Ichelesi doesn’t have Luiperd’s spacious grounds or a hot tub – my sister Kimber quickly found the ‘cold’ setting and continued her sundowners in style.

After supper, when the breeze turned chilly, we moved our board games and malva pudding indoors to the lounge, where using the small fireplace would turn this comfortably furnished and sunny room by day into a cosy winter hang-out.

A multi-level, H-shaped cottage, Luiperd has four double bedrooms and three dining areas (one undercover by the braai), and more hidden nooks around the grounds. The loft suite above the garage, with separate courtyard entrance, is perfect for moody teens who want their own space. And if I were there with a crowd, I’d grab a novel and escape upstairs to the sleeper couch in the cool attic above the lounge.

Luiperd is the first cottage from the main gate, so you may hear a few passing cars (a public road bisects the reserve) but it’s hardly a bother. Luiperd is set up for socialising, with an under-cover braai area and hot tub. Image credit: Gabrielle Jacobs

Early next morning, while I explored my surroundings, fluffy yellow pom-poms from the sweet acacia thorns confettied my path. I returned to find my friend Ammaarah frying eggs to go with our braai leftovers. As I ate breakfast with a view of the succulent-filled garden, spiky aloes and the curious heads of Aeonium arboreum (Irish roses) gazed joyfully back at me.

Best Feature
Luiperd has plenty of room indoors and lots of outdoor space for kids. 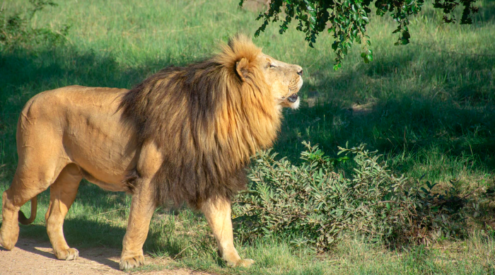 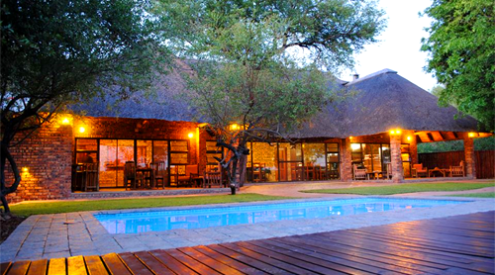 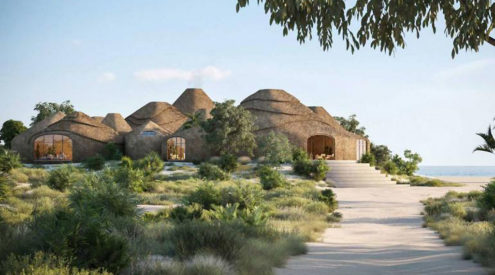